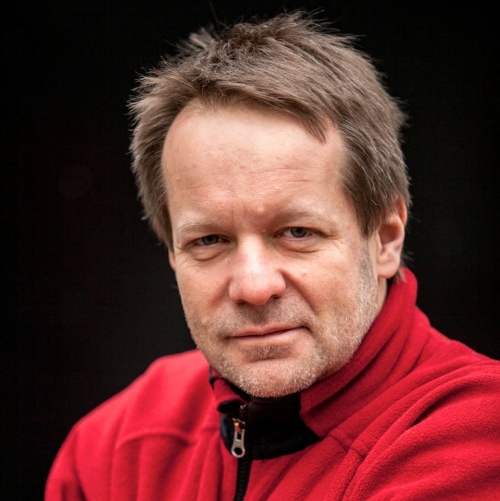 Piotr Wójcik born in 1967. Photographer. Lecturer at the Lodz Film School.
Between 1989 and 2011 he worked at Gazeta Wyborcza newspaper where published over 30 photoreportages. He is the author of Gypsies. Warsaw-Bukarest 1996 – an exhibition exposed in eight polish railway stations. From 1996 until 2009 he was the editor of the Fotografie Gazety Wyborczej albums. In 2000 he published an album entitled Cyganie z obu stron Karpat (Karpathian Gypsies). From 2001 to 2011 he was head of the photography department of Gazeta Wyborcza, newspaper.
2010 - he became a lecturer of photojournalism at the Lodz Film School,
2012 - author of a documentary project Bytom Karb, presented at the Erinnerung an Arbeit (Memory of Work) exhibition in Essen and Katowice,
2014 - authored a book Polskie Wolności (Polish Freedoms) and organised Kontener Wolności (The Freedom Container), a mobile photo exhibition exposed in 25 cities in Poland.
2015 - authored a photo documentary project Katowice 150 +1, presented in Poland and Russia,
2018 - author of a documentary project Imiennicy. Polska 2018 (Namesakes – Poland 2018), presented in Poland and Russia.